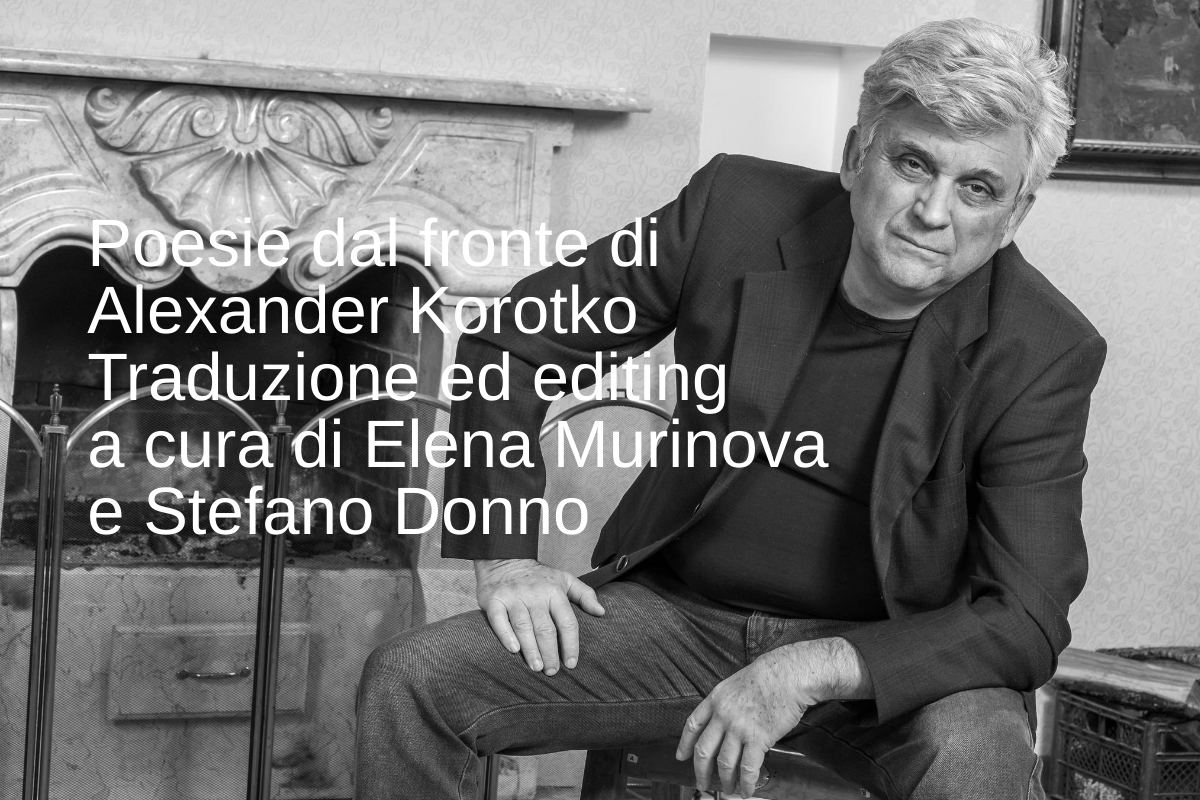 Aleksandr Korotko’s poems about the war in Ukraine continue to be translated into various languages. To date, translations of poems from the war cycle in English, Italian, and Chinese have already been published Recently, some of the poems about the war in Ukraine were translated into Italian. The author of the translation, the editor-in-chief of the publishing house in Milan and a glorious poet – Stefano Donno.

It was in Stefano Donno’s publishing house and under his editorship that Aleksandr Korotko’s novel “The Moon Boy” translated into Italian was published.

On March 28, translations of Korotko’s poems from the series about the war were published by two Italian literary web resources at once: the blog Fate Fogli di Poesia, Poeti! and the blog Evidenzia Libri.

In Evidenzia Libri, the poems are published under the title “Poesie dal fronte”, which means “Poems from the front”.

The language of Aleksandr’s Korotko poetry is emotional, subconscious, and human. It is able to convey deep meanings more intelligibly and clearly than political speeches. Thanks to translation, art overcomes borders and gives us a chance to be heard by the world. Helps readers not just see, but feel all the tragedy and injustice of the war, which has no right to take place in the 21st century.

Read the published poems in Italian translation at the links below: