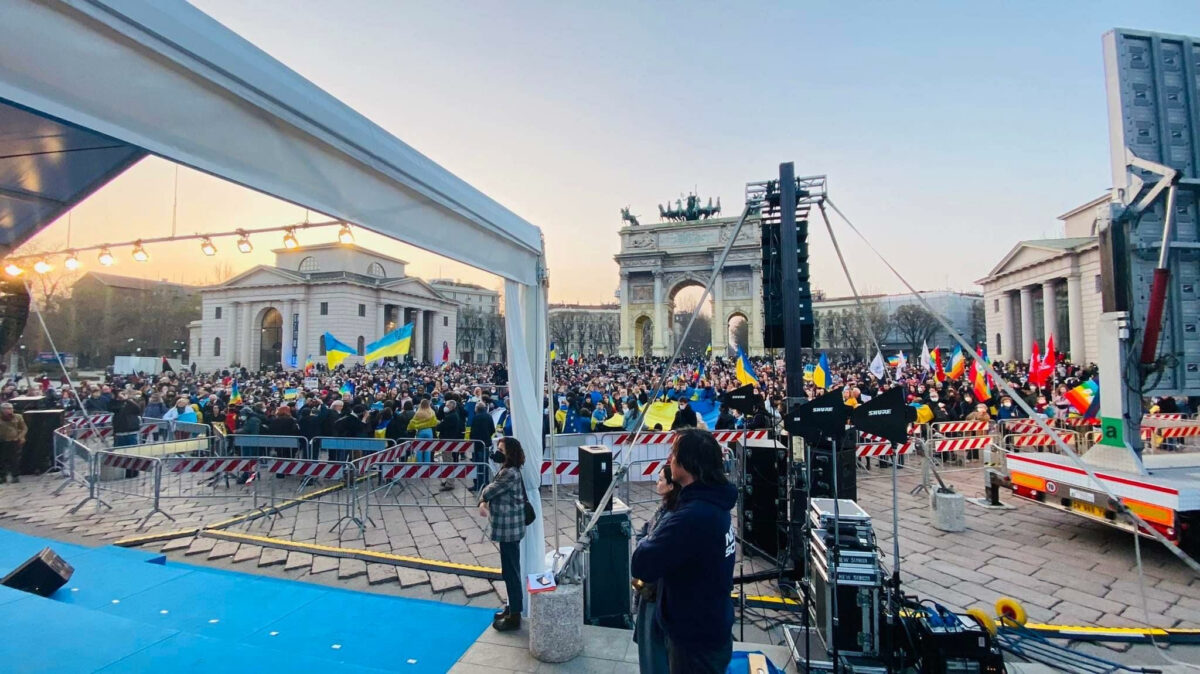 On March 19, the city hall of the Italian city of Milan organized a large-scale rally in support of Ukraine in the central square. At the request of the mayor of the city, during the campaign, poems of Aleksandr Korotko about the war in Ukraine, translated into Italian, were read from the stage. Iryna Luts, the founder of the association of social assistance “Ucraina Più – Milano APS”, read the lines. Iryna has been living and working in Milan for more than 20 years and promotes the popularization of modern Ukrainian art and Ukrainian culture in Italy.

We publish the text in Italian below:

Iryna Luts read the same poems in Milan on March 5, 2022, during the awarding of the prestigious literary prize for creativity to Aleksandr Korotko. You can watch the video of the award ceremony on the website in the Events section by the following link: