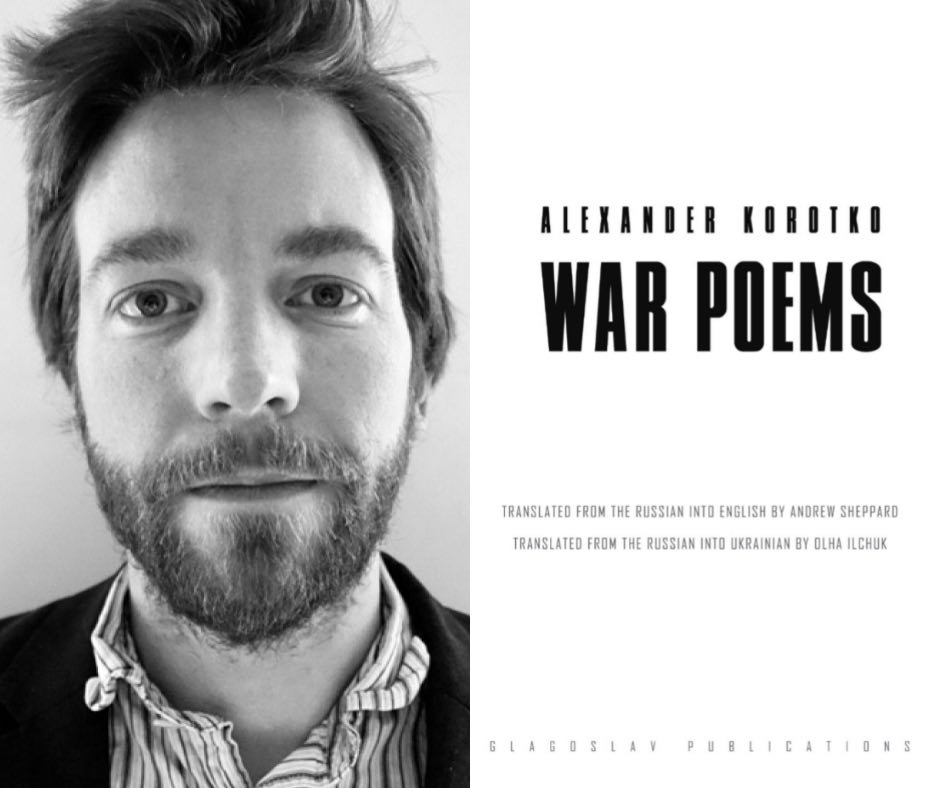 The president of “English PEN”, Daniel Gorman, became one of the first readers of the book “War” (“War poems”) by Aleksander Korotko, which was published by the British publishing house “Glagoslav Publishing” in September of this year.With sincere admiration in the letter, the President of the “English PEN” wrote to the Ukrainian writer, expressing his impression of the publication:

«The book arrived in the post today and looks phenomenal. I am very grateful and will be reading it as soon as possible».

“It is nice that a well-known world intellectual and the head of a world human rights organization responded so respectfully and warmly to the publication, which is the world voice of Ukraine, which is currently going through a war.” Dmitry Drozdovsky, a well-known Ukrainian literary critic, writer, critic, translator and friend of the poet, responded to the letter.

Aleksander Korotko replied to Daniel Gorman in a personal letter:

”Dear Daniel,Thanks a lot. I am very touched by your answer, and it is an honor if you have the opportunity to read my poem, and I hope that my book will help you feel the whole tragedy that is now happening to my country and my people.”

You can order the book on the publisher’s website using the link: https://glagoslav.com/shop/war-poems-by-alexander-korotko/