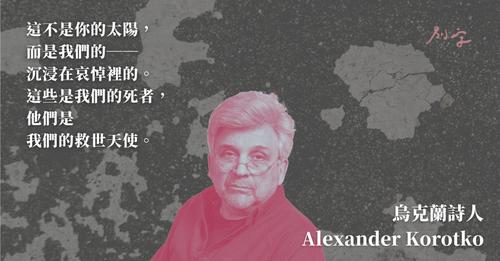 The first four poems-essays of Aleksandr Korotko from the series of poems about war were published in the Chinese literary online magazine – zihua.org.hk under the title “What a long winter!“.

The publication in which Korotko’s poems are published was created with the support of Hong Kong’s largest literary organization which exists since 2006.The publication of Korotko’s poems in the Eastern media of this level indicates that the Chinese-speaking world is ready to realize the scale of our war tragedy and tell the truth revealed in poetic visions.