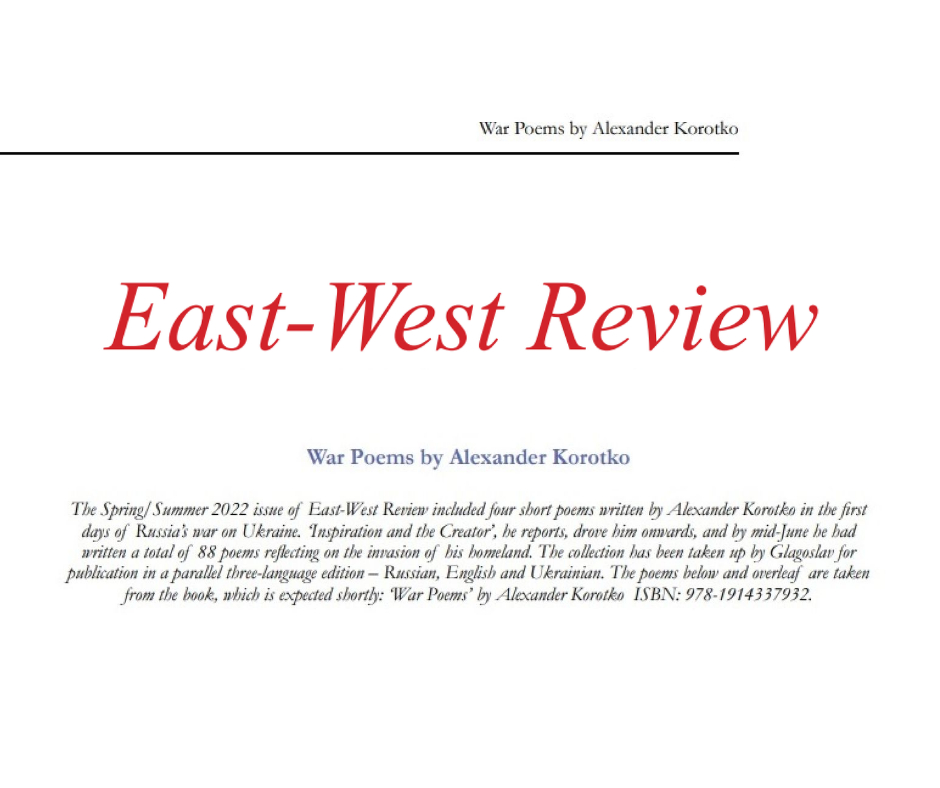 The military poetry of Aleksandr Korotko is again in the columns of the British edition “East-West Review”, which is published under the editorship of the famous editor, supporter of Korotko’s work – Andrew Sheppard and under the patronage of the royal family.

This time, Korotko’s works open the autumn issue of the publication. In the previous spring/summer 2022 issue, the magazine “East-West Review” already included four poems by Aleksandr Korotko, written in the early days of Russia’s war with Ukraine.

“Inspiration and the Creator”, as the author reported, moved him forward, and by mid-June Aleksandr Korotko had created a total of 88 poems, which tell about the brutal invasion of the poet’s Motherland.

We recently reported that Glagoslav, a prestigious publishing house that specializes in popularizing Slavic authors for a Western audience, published a new collection of poems ‘War poems”by Aleksandr Korotko dedicated to the war in a parallel trilingual edition – in Russian, English and Ukrainian. Poems published in the magazine were also included in the collection.

We publish below a fragment of the electronic version of the autumn issue of “East-West Review” with poems by Aleksandr Korotko in pdf format for our readers: