“The District of Celestials” – play for all the times
First night of the play at the Theatre on Podol, at the stage at Kontraktova SquareThe year 2001 was marked with preparation for the premiere of “The District of Celestials”, staged by the director Vitaly Malakhov at Kiev Theatre on Podol by poems of Alexander Korotko. The books “Night Well”, “Workdays of Mind”, “Plaudits of Death Hands“ and magazine version of the poem “Towards the Dawn” formed the basis of the play. Sparkling and spectacular burlesque, buffoonery play, in which irony and humor inosculate with satire, serious things – with jokes, which reminds you Zoshchenko and Babel. Due to warm, nostalgic overtones “The District of Celestials” is akin to a marvelous film by Mikhail Kozakov “The Pokrovsky Gate”.

Vitaly Malakhov created a masterful stage design of seemingly plotless things, thus arose the plot, characters and all the prerequisites of a theatrical play. In fact, there were no remarks, no prosaic texts – during the whole play only poetic lines. 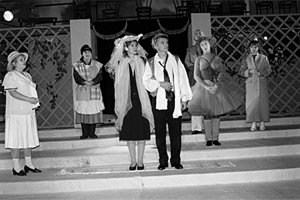 “The District of Celestials” was included into the repertoire of the Theatre on Podol and remembered for its otherness, novelty, paradoxicality, the Alexander Korotkov’s poetry is noted for.As the opening evening was over, the spectators called the actors before the curtains many times. The author of the poem underlying the play was met by plaudits. 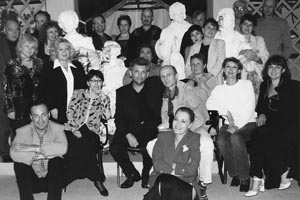 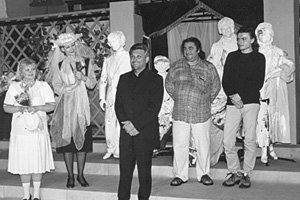 May 17, 2002: “The District of Celestials” at Ivan Franko Theatre Two years later the play of the Theatre on Podol was performed at Ivan Franko National Academic Drama Theatre. This was a risky event – such big stage is much obliging. However, the debut was a success, and the audience laughed, felt sad and applauded again. ПЛЯСОВАЯ Embraces were being handed out. A rain mowed down by the wind was dying. November was seeing off the autumn wearing a modest dress. A new flame was out of the tiles. The Commissioners were gathering the warmth of the careless stars bit by bit from the table. Better times were being waited for. Executioners were telling fortunes over a promised glory. And sunrises got on not left but right leg just for us to live better. From a happy childhood and a bloody banner we inherited the dust of forgotten names. This world long-liver, the author of our betrayals, proposed us to forget them and for this in exchange took for us a heap of new events in captivity from the forthcoming one. Masters’ hands amused a little, and on the canvas, off-white out of boredom, colors of the earth laid, inaccessible to the eye and heart, – those that we couldn’t save for ourselves. Homeless songs, stooping, the oppression of expectations was hard, just started up for a moment and went away, unlikely someone will find them right now. Cities offended the passers. Wastelands of loneliness were waiting for guests. Carrion-crows pecked the luck. Unlike itself, dream- scatterbrain was roaming. Nights rouged the parting, nothing left from the past words, we were living the science of tired life, our only one sweet draught. 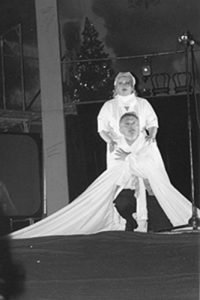 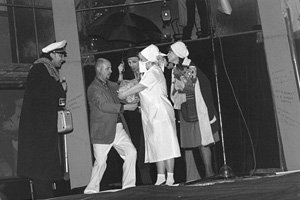 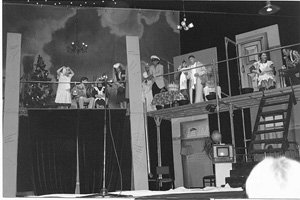 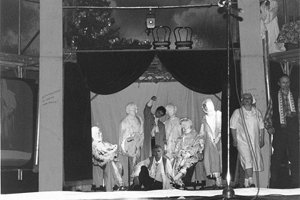 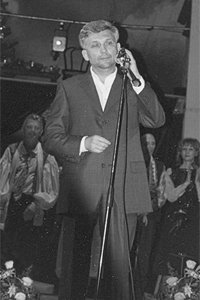 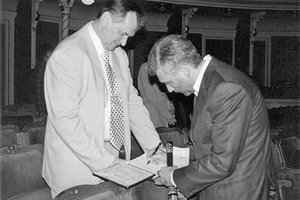 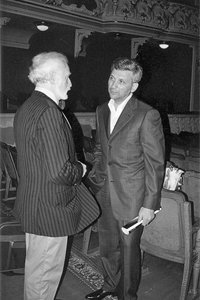 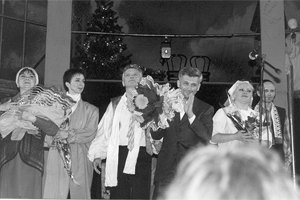 “The District of Celestials” again at the Theatre on Podol On January 26, 2006, the play was performed at the Theatre on Podol, but at Andreevsky Spusk. Vitaly Malakhov invited the author and some spectators. As the play was finished, a spontaneous discussion arose which proved that “The District of Celestials” is still acute, surprising, and intense due to the poetry of Alexander Korotko, masterful stage direction by Vitaly Malakhov, and devoted performance of the actors. 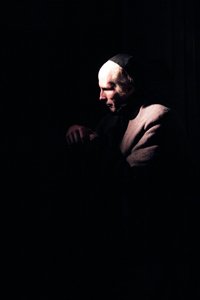 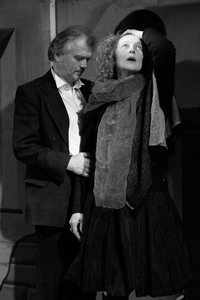 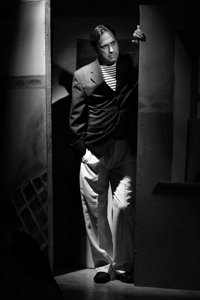 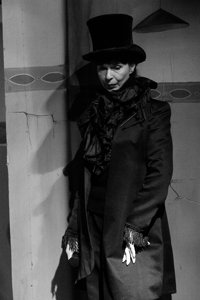 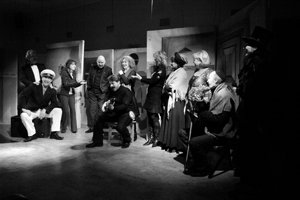 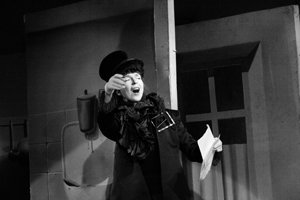 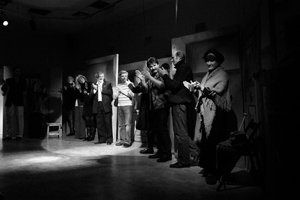